The Ultimate Fighting Championship, or UFC, is a mixed martial arts organization that has exploded in popularity in recent years.

Since its inception in 1993, the UFC has become a global phenomenon, with millions of fans tuning in to watch skilled fighters from various martial arts disciplines compete against one another.

However, when the UFC first began, it was a very different event.

The rules were much looser, and the competitors were a mix of martial artists from various styles, including karate, judo, boxing, and more.

One unlikely champion emerged from this chaotic and dangerous competition: Royce Gracie.

Royce was a Brazilian jiu jitsu (BJJ) practitioner who, at the time, was largely unknown in the martial arts world.

He was small in stature compared to many of his opponents, and many people doubted his chances of success.

However, Royce proved them all wrong, stunning the world with his impressive victories and ultimately becoming the first UFC champion.

This blog post will explore Royce's inspiring journey from unlikely underdog to champion, and the impact his victory had on the UFC and the martial arts world.

Royce was born into a family with a rich martial arts background.

His father, Helio Gracie, was one of the founders of Brazilian jiu-jitsu, and his brothers, including Rickson and Rorion Gracie, were also skilled practitioners of the art.

From a young age, Royce was immersed in the world of jiu jitsu and trained extensively under his father and brothers.

However, among his siblings, Royce was considered the weakest.

He was small in stature, and many people doubted his ability to succeed in the martial arts world. But this did not deter Royce.

He was determined to prove his worth, and he dedicated himself to his training with a fierce determination.

In addition to learning the techniques and strategies of jiu-jitsu, Royce also focused on developing his fitness and mental toughness.

He knew that he would need to be in top form in order to compete against larger opponents.

Through years of hard work and dedication, Royce developed a deep understanding of jiu jitsu.

He mastered its techniques and strategies, and he became a formidable opponent.

When the opportunity arose to enter the first UFC competition, Royce was ready.

He knew that he had the skills and the knowledge to succeed, even against larger and more experienced opponents.

And he was right.

Despite being an outsider and an unlikely contender, Royce Gracie emerged victorious, becoming the first UFC champion and cementing his place in martial arts history.

The first UFC event was a unique and unprecedented competition, bringing together martial artists from various styles to determine which discipline was the most effective in a real-life fight.

Competitors represented disciplines such as karate, judo, boxing, and more, and the rules were relatively open, allowing for a wide range of techniques and strategies to be used.

The event was actually created by Royce's oldest brother, Rorion, who wanted to use the competition as an opportunity to showcase the effectiveness of their style of Brazilian jiu-jitsu.

Initially, the Gracies planned to have Rickson Gracie, one of Royce's older brothers, represent their family in the competition.

However, they ultimately decided to send Royce instead, as they believed that his small stature and unassuming appearance would make a bigger impact if he were able to emerge victorious.

Many people were skeptical of Royce's chances in the competition.

He was significantly smaller and less experienced than many of his opponents, and many people believed that he would be easily defeated.

However, the Gracies were confident in their style of jiu-jitsu and in Royce's abilities, and they believed that he had the skills and knowledge to succeed.

Royce's early victories in the UFC were nothing short of stunning.

Despite his small stature and relative inexperience compared to many of his opponents, he consistently emerged victorious, shocking the audience and proving the effectiveness of his style of jiu-jitsu.

In the first round of the competition, Royce faced off against Art Jimmerson, a skilled boxer.

Despite Jimmerson's advantage in striking, Royce was able to quickly take control of the fight, using his jiu-jitsu skills to secure a submission victory via smother mount in around 2 minutes.

In the second round, or the semifinals, Royce faced off against Ken Shamrock, a skilled submission grappler who had a significant size advantage over him.

Many people believed that Shamrock would easily defeat the smaller Royce, but they were proven wrong when Royce was able to use his superior technique and strategy to secure a victory in under a minute via a rear naked choke.

It was very impressive that Royce was able to advance to the final round in just under 5 minutes total, considering that at the time, the UFC had no time limit regulation.

Royce's final match in the UFC was against Dutch kickboxer Gerard Gordeau, a skilled martial artist with a background in karate and taekwondo.

Gordeau was a formidable opponent and his two devastating knockout victories over his previous opponents made many people believed that he would be able to defeat Royce and claim the championship title.

Like Royce, Gordeau also defeated larger opponents on his way to the final. The difference was that Gordeau knocked them all out instead of submitting them.

However, Royce was not intimidated.

He was confident in his abilities and in the effectiveness of his style of jiu-jitsu, and he was determined to emerge victorious.

From the beginning of the fight, Royce took control, using his superior technique and strategy to outmaneuver Gordeau and secure the victory via a rear naked choke in under 2 minutes.

The final match was a decisive victory for Royce, and he was crowned the first UFC champion.

It was a momentous occasion, and Royce's victory was a testament to the effectiveness of Brazilian jiu-jitsu in real-life fighting situations. He won the whole tournament in less than 10 minutes of fighting and he did not even throw a single punch.

Despite being the outsider and the unlikely contender, Royce proved that size and strength are not the only determinants of success in the world of martial arts.

His victory was a triumph not just for himself, but for the Gracie family and the martial art of jiu-jitsu as a whole.

Royce’s impact on the UFC, BJJ and MMA

Royce's victory in the UFC had a significant impact on the martial arts world and the organization itself.

His success helped to establish BJJ as a formidable and respected martial art, and it sparked a surge in interest in the discipline.

Many people were inspired by Royce's victory and began training in BJJ, eager to learn the techniques and strategies that had helped him emerge victorious.

The popularity of BJJ also had a major impact on the UFC.

As more and more people became interested in the discipline, the organization began to see a shift in the types of fighters that it attracted.

More and more BJJ practitioners began to enter the competition, and the art became increasingly prevalent in the UFC and in MMA.

Nowadays, it is almost mandatory for every fighter aspiring to have a successful MMA career to incorporate BJJ into their training.

Royce's victory also had a lasting impact on the way that the UFC was structured and regulated.

Prior to his victory, the rules of the competition were relatively open, allowing for a wide range of techniques, even dirty ones, and strategies to be used.

However, after seeing the effectiveness of jiu-jitsu in real-life fighting situations, the UFC began to implement stricter rules and regulations, in an effort to create a safer and more fair competition.

In short, Royce's victory in the UFC had a ripple effect that was felt throughout the martial arts world and the organization itself.

Royce's journey from unlikely underdog to champion is a truly inspiring one.

He overcame the odds and emerged victorious in the UFC through dedication, hard work, and a deep understanding of his chosen discipline, BJJ.

His victory had a lasting impact on the martial arts world and the UFC, establishing jiu-jitsu as a respected and formidable discipline and influencing the way the organization was structured and regulated.

His determination and dedication to his training demonstrate the importance of hard work and perseverance, and his victory serves as a reminder that size and strength are not the only determinants of success.

With the right skills and knowledge, anyone can emerge victorious.

Hans David
« Previous Post The Gracies’ tangled relationship with fascism and its impact on BJJ Next Post » Don’t Fear the Heel Hook: Why White Belts Should Learn Leg Locks

Brazilian Jiu Jitsu for Non-Athletic People: The Key to Unleashing Your Inner Warrior 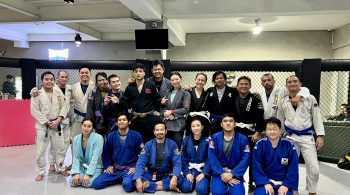 Brazilian Jiu Jitsu for Non-Athletic People: The Key to Unleashing Your Inner Warrior

Tapping Out 101: A Beginner’s Guide to Surrendering in BJJ 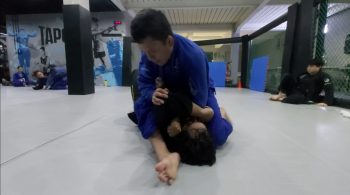 Tapping Out 101: A Beginner’s Guide to Surrendering in BJJ 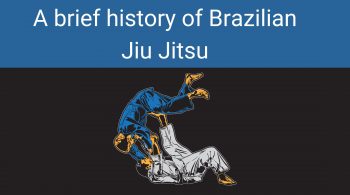 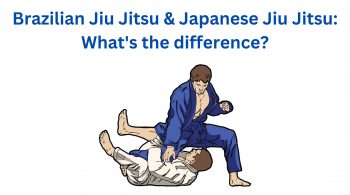