As a BJJ practitioner and avid student of the art, I've come to realize that one of the most important things for beginners to focus on is defense and survival.

When I was a white belt, I used to get caught up in the excitement of sparring and always wanted to come out on top.

But over time, I've learned that this focus on offense and winning can be detrimental to a beginner's development as a BJJ practitioner.

I believe that BJJ beginners should prioritize defense and survival above all else.

In this blog post, I will explain why defense and survival are so important for BJJ beginners, and offer some tips on how they can focus on these skills as they start their journey in the sport.

The importance of defense and survival in BJJ

As BJJ practitioners, we all know that the sport can be physically demanding and even dangerous at times.

This is especially true for beginners, who are likely to be overwhelmed by their opponents due to their lack of experience and skill.

In these situations, defense and survival become crucial skills to have in order to stay safe and avoid injury.

One of the main benefits of focusing on defense and survival is that it helps beginners stay in control of the situation.

By working on their escapes and counters, beginners can avoid being put in compromising positions and prevent their opponents from gaining an advantage.

This not only helps them stay safe, but it also gives them the opportunity to learn and improve their technique.

As beginners become more proficient at defense and survival, they can start to incorporate more offensive techniques and strategies into their game.

This gradual approach to learning allows beginners to build a strong foundation and develop a well-rounded skill set that will serve them well as they progress in their BJJ journey.

The dangers of focusing too much on offense and winning

It's natural for new white belts to want to prove themselves and come out on top in sparring sessions, especially if they have some background in other martial arts.

However, it's important to recognize that this focus on offense and winning can be harmful to a beginner's development as a BJJ practitioner.

One of the main dangers of focusing too much on offense and winning is that it can lead to poor technique.

Beginners may be tempted to rely on brute force or athleticism rather than proper technique, which can result in sloppy and inefficient movements.

This not only makes them more vulnerable to being countered, but it also hinders their long-term development as BJJ practitioners.

Another danger of focusing too much on offense and winning is reckless behavior.

Beginners may be so focused on submissions as fast as possible that they neglect to consider the safety of themselves and their opponents.

This can lead to injuries and damage to their reputation as a safe and respectful BJJ practitioner.

Furthermore, an overconfidence that stems from a focus on offense and winning can also lead to injuries.

Beginners who are overly confident in their abilities may take unnecessary risks or underestimate their opponents, which can result in serious injuries.

It's important for BJJ beginners to take a long-term approach and focus on learning and improvement rather than winning in the short-term.

By prioritizing defense and survival and focusing on technique, beginners can set themselves up for success in the long-term.

This approach will lead to a more fulfilling and rewarding BJJ journey.

Tips for focusing on defense and survival as a BJJ beginner

Here are some practical tips that can help beginners focus on these crucial skills:

Maintaining good posture is key to staying in control and avoiding being put in compromising positions.

Beginners should work on keeping their head up, their shoulders back, and their hips down.

This will help them stay balanced and ready to defend or escape from any situation.

It's easy to get tense and anxious during sparring sessions, especially for beginners.

However, staying relaxed is key to being able to move and defend effectively.

Beginners should work on staying relaxed and breathing deeply in order to stay focused and in control.

Tips #3: Work on escapes and counters

One of the most important skills for BJJ beginners to focus on is their ability to escape and counter their opponents.

Beginners should work on various escapes and counters, such as shrimping, bridging, and using leverage, in order to stay safe and avoid being put in compromising positions.

In addition to these practical tips, it's also important for BJJ beginners to seek feedback and guidance from more experienced practitioners.

These practitioners can offer valuable insights and corrections that can help beginners improve their defense and survival skills.

Beginners should be open to receiving feedback and be willing to make adjustments in order to continue learning and improving.

In conclusion, defense and survival are essential skills for BJJ beginners to focus on as they begin their journey in the sport.

Not only do they help beginners stay safe and avoid injury, but they are also the foundation upon which more advanced techniques and strategies are built.

It's important to remember that the journey to become a proficient BJJ practitioner is a long one.

Focusing on defense and survival is just one step in the process, but it's an essential one.

By prioritizing these skills and being open to learning and improvement, BJJ beginners can set themselves up for success and enjoy a fulfilling and rewarding journey in the sport.

Hans David
« Previous Post The BJJ Athlete’s Guide to Proper Nutrition: Because You Can’t Win on Air Alone Next Post » The Gracies’ tangled relationship with fascism and its impact on BJJ 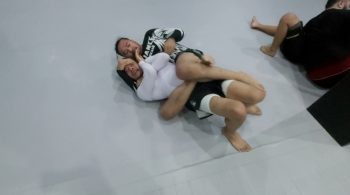 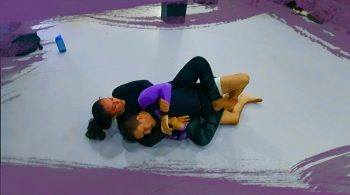 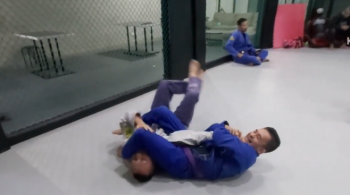